Since the Swedish operator TeliaSonera officially commercialized the world's first LTE network in 2009, 4G has been the focus of many operators and media as a hot technology. Just as the 4G construction of the three major domestic operators is in full swing, 5G has once again entered everyone's sight. Whether it is China Mobile, Vodafone operators or equipment vendors such as Huawei ZTE, the desire for 5G has long been revealed. All kinds of media are even more like the 5G depiction of the sky, as if in the 5G era, we can enjoy an unprecedented Internet experience. But is this really the case? What are the secrets behind the 5G that are not known?

1, 5G is to solve the problem of watching video on the move?

There is such a view that 5G can only solve one problem, that is, the problem of watching video on the move. Other benefits such as global roaming due to a single standard, simplification of terminal design, etc., cannot be achieved because global frequency bands are no longer uniform and cannot be realized by programmable filters. 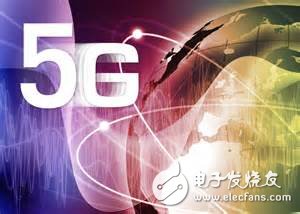 Unfortunately, this view is not correct. Because each mobile communication technology has different concerns, different technologies have essential differences. In the 1G and 2G era, the focus of technical researchers is on people's most basic needs, "voice." In the 3G and 4G eras, due to the rapid development of the Internet, especially the mobile Internet, people are increasingly demanding Internet access anytime, anywhere. The biggest feature of 3G and 4G is that it can provide extremely high wireless transmission rate. The common 100Mbps, 150Mbps and so on in advertising are their selling points. With the popularity of smartphones, watching videos over 4G networks anytime and anywhere has become a reality. As a 4G upgrade, it's a breeze to watch videos from anywhere with 5G.

If you only think of 5G as a high-speed mobile network, it is a big mistake. Real 5G terminals are not only compatible with the 4G standard, but also reduce terminal costs and provide true global roaming. With the popularization of 4G, especially the promotion of VoLTE, the future 4G network will replace 2G and 3G networks as the mainstream of global operators. By 2020, 5G commercials will be retired globally in 2G and 3G networks, and global communication standards will be dominated by 4G. At this stage, the full-system fusion chip has already solved the problem of multi-standard multi-frequency global roaming (such as iPhone6). If the 2G and 3G are backed out, the mobile terminal design only needs to support 4G and 5G networks. This type of mobile phone is not only cheap, but also easier to roam around the world. It can be said that the 5G era not only solves the problem of watching video on the move, but also completely solves the problem of global roaming.

2. Is 5G improvement in spectrum utilization?

Unfortunately, the situation is not that simple. Before the issuance of 4G licenses, China Unicom launched a WCDMA network with a peak rate of 42 Mbps in many cities. Thanks to the use of a variety of advanced modulation techniques, the upgraded version of WCDMA can achieve a peak rate of 42 Mbps using only 5 MHz of bandwidth. In the 4G era, even the fastest peak rate FDD-LTE can achieve a peak rate of up to 150 Mbps with a bandwidth of 20 MHz. For conversion, the FDD-LTE peak rate of 5MHz bandwidth is only 37.5Mbps, and the spectrum utilization rate is even lower than that of 3G network. This is true for FDD-LTE, not to mention TD-LTE. It can be said that only by looking at spectrum utilization, 4G network does not have much advantage compared with 3G network, and the spectrum utilization has encountered a bottleneck.

How to Choose the Best Pos System for Your Small Business

When you`re looking for the best Gmaii One Screen Pos System , it`s important to understand what sorts of tools you need to help run and grow your business.

What is a POS System?

When do you need a POS system?

Best One Screen Pos System for contractors and home repair

Best One Screen Pos System for bars and restaurants

When you`re looking for the best One Screen Pos System, it`s important to understand what sorts of tools you need to run and grow your business. A good One Screen Pos System For Small Business lets you process every sale securely and has the right software to help you take care of administrative tasks more efficiently.